Meet The Man Behind the Myth! 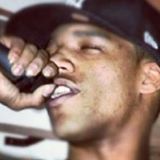 Jaja Gibore sits down with WiseMind Films to talk about his musical endeavors as well as what he is up to when not on the Microphone. JaJa Gibore has an extensive catalog of music as well as countless features with artist from all over. Not one to be shy, Mr.Gibore shares with us his creative process of putting a project together; From picking out the beats to picking out his features. He gives us a glimpse of what he has planned for the near future and shares his opinions as to how to push the 518 Music scene into becoming a major player in the musical market. As an artist you cant really pigeonhole or typecast JaJa, regardless if its a street record, love song, or conscious record you can always count on JaJa to deliver bars and verses that make you scratch your head and think. That is one of the pleasures I get when listening to JaJa’s music. When you really listen to his words and how he puts them together you get a sense of who he is. On the track The Olympians he raps “Gangster and a Gentleman/Intelligent Hoodlum/Born in the Bronx/ But both my parents from Brooklyn/to Upstate we took it/connect on the internet/moms raised a Warrior pops bred an intellect/yes i’m Devil’s advocate but still Gods Disciple” These words are a pretty good representation of JaJa Gibore as an artist. The bars are witty and direct to the point. When you actually read the words out loud to yourself you see an artist struggling with the Duality that is being human. The theme is consistent in the verse as JaJa tries to show us the two sides to his Self; The yin and the yang. The line “yes I’m Devils Advocate/ But still Gods Disciple” is such a powerful statement because not only is he being honest about himself but this is something I think we all can relate to as people. We all struggle with doing right and wrong but not all of us are brave enough to admit it!

As you will see throughout the interview JaJa is far from your average artist who only makes music. He is ambitious and has plans for his future in the music industry. One way or another JaJa will leave his mark in the music world and wants to bring people with him for the journey. When someone eats, sleeps, and breathes music you can see it in their work. If you go online and search for JaJa Gibore you will see how much work this man actually put in ad how creative he can get. Sit down and watch a few of his music videos so you can get a sense of how far his musical range can extend to. The subject matters can go from street to mythology in one track and from love to philosophy on another. Trust me you will never get bored listening to Mr. Gibore and when you see this interview you will get a better glimpse of who he is as a person!