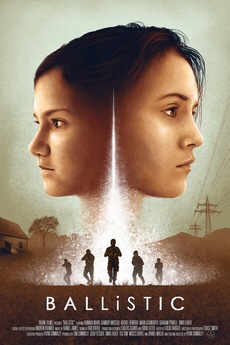 The power of your online presence is your leverage…use it.

If you’re a creator with a huge audience, why would you release any work outside of the platform you’ve created? I mean if the situation was right, im sure many creators would. But if you spend years cultivating an audience and building a community, it would make perfect sense to make your work accessible to those who support you day in day out. Such was the case last week when Darious Britt(D4Darious) released his debut feature lengths film and making of Documentary on his YouTube channel for the publics consumption.

This week is no different and we have Ryan Connolly of Film Riot & Triune Films releasing his latest Short BALLiSTIC directly on his YouTube Channel. Ryan is no stranger to this as he consistently releases great bodies of work on his Channel. He has heard this before many times in the comments and in person, but people always wondered why he doesn’t release them for festivals or in theaters etc.. and recently his response to this, on an episode of Film Riot, was that he doesn’t make his Films with festivals in mind. That simple.

Although his quality of work and ideas should be seen on a wider scale, he understands and caters to the power he holds as a content creator. He wasn’t to give it directly to us the audience, the consumer. The potential for this Short Film to be seen on a global scale is greater releasing it through his own online community as opposed to going the traditional Festival circuit, or trying to do some sort of theatrical release(which don’t happen often or at all for short films).

Based on the trailer alone, you can see just how serious this film is and how much love and passion Ryan and his crew put into the Short.

The great thing about Film riot and Ryan is that they take us on the journey with them, showing us tons of BTS. We get to see how this film takes place from start to finish and learn a great deal about the process of making a short on this scale.

Hearing Ryan talk about his fears in making this film, and the fear of releasing it helps those who come to his channel for inspiration. For many creators and filmmakers who struggle with this notion and fear, it’s the tipping point as to if we continue the journey. Many of us are a hairline fracture away from quitting before even trying, and hearing someone at Ryan’s level saying the same things can keep us going!

Check out BALLiSTIC below!