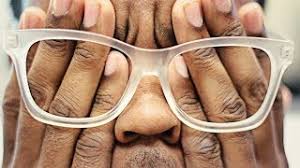 In today’s rapid consumption of content, is YouTube a safe place for a film? I think so. And so does Filmmaker Darious Britt. He took seven years out of his life to complete a feature film that was more than just a passion project. It was his life.

The film Unsound, as Darious puts it in the videos description, is “A true story about severe mental illness and its effect on a family.” An extremely important topic that doesn’t always get shine in Hollywood’s lights. Mental Health affects many of those around us which is why films like this deserve extra push from us the consumer. These stories also need to be told.

Darious, also known as D4Darious, has been documenting his journey on YouTube since 2013. Those who have been following, such as myself, have learned a tremendous amount through Darious’ point of view when it comes to filmmaking. His approach is somewhat technical with a splash of a Guerrilla Filmmaker. His videos not only teach and make you laugh but they make you pick up the camera and go create.

This Film like many others uploaded to YouTube become apart of the growing Pocket Theater we all carry around. YouTube is still a great platform accessible to a global audience so why wouldn’t he. In this era, as filmmakers, we are our own distributors. Lucky for us Darious opted to stream it for free and not charge. He has built his own audience of 269,743 subscribers who faithfully return to his channel for more content so he could of easily done so. Releasing it to the world will ensure this films lives forever online, and not just sitting in a DVD shelf collecting dust.

The hardcore fans who witnessed from the start get to experience the closing of this loop in the form of the feature. Those who arrived to the journey later on, and weren’t able to go back and watch earlier videos, can also watch the Documentary he released Making Unsound- The 7 Year Journey which covers the process from start to finish.

Check them both out below